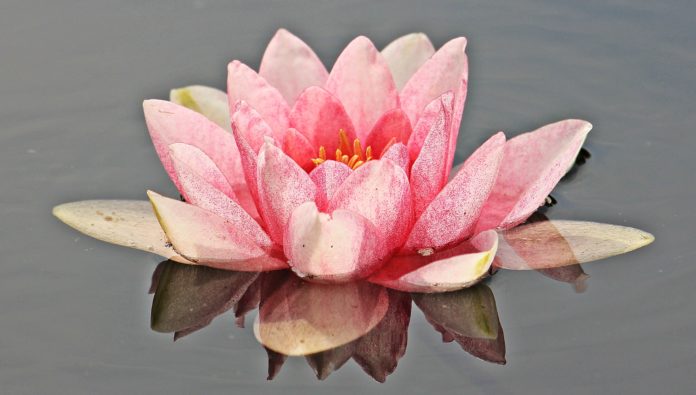 O my friend,
The village women skilled in gossip
Made public our affair
And everyone came to know of our kinship with our lover,
Who is the chief of a littoral region;
There, the successful fisherfolks
With curved boats
Greatly praise the worth
Of their beauteous nets of multitudinous interstices
And divide amongst their kin
In their malodorous village
The Ayilai ﬁsh they netted.
Now, the dinsome village is wrapped up in silence
Like unto the banyan tree of many a stilt root
From the branches of which birds chirped ceaselessly
And which the triumphant Rama stilled
With a show of his hand,
That he might discuss in peace secret matters.
At the hoary Tanushkoti upon the shore —
The town of the great Pandyas,
The wielders of victorious spears –,
A town where women would collect blooms of neytal
With rounded stems
Which would blossom amidst green foliage
In the watery ﬁelds, hard by the shore,
Where the fresh and golden blossoms of Nalal
And punnai trees shed their pollen
And make picturesque the sand —-,
To adorn themselves on festival days.

The orb of the sun that moves in the heavens
Sense forth its fierce rays to the Earth;
The heat causes even the rocks to split.
The route stretching long is so hot
That even the flying birds wilt and die.
The gravel, sharp like chisel, puncture the feet of the wayfarers
Who might fall dead anywhere in the wilderness
Full of singed bamboo clusters burnt by the fierce heat
It is through this path, my daughter eloped with her lover,
A lad strong like a tusker of enormous strength
And I grow weak heaving heart sighs
Like unto the bellow of the ironsmith.
My heart is on fire. I canst not shut my eyes in slumber,
And my mind presents to me the picture
Of my daughter’s wading through the wilderness,
Ceralatan fought with Karikalvalavan with weapons
Bright at the battle-field of Vennipparantalai
And got wounded on his back;
Besieged by shame caused by his ignoble wound,
He fasted unto death, facing north
With sword in his hand, in the field where he lost to his foe.
The news bitter and sweet at once, fill on the ears of the wise,
Who gave up their ghost forthwith following their monarch to Valhalla.
I feel not sorry for the reason that my daughter eloped with her lover
Through a terrible wilderness; But I grieve deep and wrestle with my life
That refuses to quit like unto that of Ceralatan’s bound, as it is to this earth.