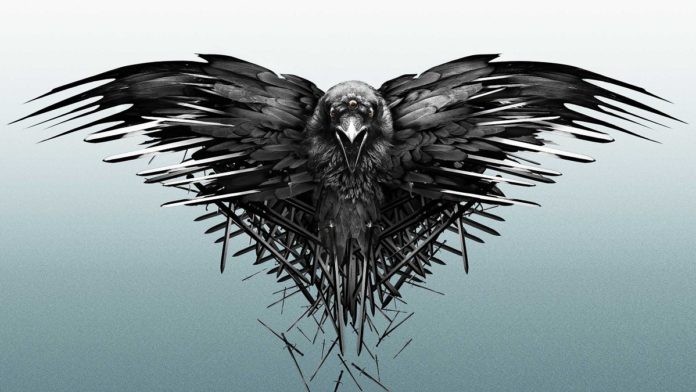 It was drizzling. I was standing on the terrace. Suddenly a crow hit me on the head and flew away. The sharp pain and the shock scared me. I turned to go down to check the almanac. As the rain started pouring down, I turned when my wife came up with an umbrella. “I knew you’d be afraid! So I came with the umbrella to protect you,” she said. “I am not afraid of the rain but the crow!”

“See it sitting like an eagle on the neem tree!”

“It hit me on the head and flew off. How painful, as if a stone had hit me! Bring that almanac and check the prediction. It could even mean death,” I said holding my head.

“Why look at the almanac? Just lift your head and look at that nest!”

“The nest?” She led me near the parapet wall and pointed to the neem tree. Between the branches was a neat crow’s nest, with three little eggs. “Now do you understand why the crow hit you on the head?”

Poor crow! It believed that any one on the terrace was coming to grab its precious eggs. Mother’s stupidity! But why should it foolishly hit everyone, to proclaim its motherhood.

After this minor incident I developed an unexplainable care and interest in the nest. I began watching it like a cricket match, whenever I had free time, rain or shine. It became a hobby to keenly observe the mother crow’s movements.

Initially the crow gave out a pleading sound as I stood like a statue. When I did not move off, infuriated, it would flap its wings excitedly and break the thin branches nearby and throw them down. It would fly on all directions pretending to come and peck me. I only wished that its eggs would hatch and their descendants would live happily. I was sad and angry that the crow failed to understand this. It could not have been more anxious about the safety of the eggs than I.

If it rained while I was in office, instead of my family, I worried more about the eggs. On my return, I would go up to check the nest. My wife would come with a cup of coffee in her hand and the baby on her hip, muttering. “As if you are its husband? Why do you worry so much? Were you a crow in your last birth?”

“The eggs would hatch in two days. Don’t curse till then,” I would say.

In spite of my explanations, my wife and the crow would not understand. She went down angrily. The crow appeared to be waiting to tear me into pieces. I threw a vada into its nest. It cawed as if calling the entire town. I came down quietly.

One Sunday my childhood friend came to meet me. We were meeting after a very long time. He was in an insurance job now. Shortly my wife came in declaring, “Thanks to your visit he is sitting at home calmly “today.” He gave me a questioning look.

I wondered whether to tell him or not. “Nothing, a crow has laid eggs in a nest on the tree upstairs…” I began hesitantly, when he jumped up.

“Really, have you been watching it for long? Have you noticed its behaviour? Recorded its voice?” he continued. I could not understand his enthusiasm. “Why are you silent? Bird watching is a great scientific hobby, you know! I have studied it a lot,” he said excitedly.

“I have no such scientific interest. Three weeks ago when the crow hit me on my head, I saw the nest with the eggs. As it was all new to me, I began watching it, that is all.” In fact I was itching to run upstairs. I had not gone up at all since morning.

But he would not leave me alone.

“We have gained limitless knowledge from observing the birds and advanced so much scientifically by copying the birds,” as he spoke, I just nodded. “There are three types of crows. Have you seen the white crow?”

“No. I saw that crow’s eggs are white and wondered how a black crow came out of a white egg, “I said.

“An egg from a good quality crow would be about the size of the fist and weigh about 10 to 12 ounces. It should hatch within 21 days. How old are these eggs of your crow?” he asked. I felt embarrassed when he spoke of the crow and me in intimate terms. Who am I? Who is this crow? And who is this man to bind us?

I was losing my patience and fuming inside. Why should I suffer like this on a Sunday? Why did I mention the crow to this man? A small matter that I was enjoying secretly had gone public! I felt like shouting at him to get lost but endured it cursing myself.

At that very moment my wife came running with the baby, shouting, “Look what has happened!” Shocked, I ran to her. The baby was crying loudly. Blood was oozing from its head on to its face. I started trembling all over.

“It is your dear crow; how I wish it were dead.”

“Again my crow? Tell me what happened.”

“I went up with the baby to collect the clothes. As I was folding them, he ran close to the wall. That black devil took revenge on your son instead of you.”

I ran to the cupboard and brought tincture and cotton and bandaged the baby’s head. He was calming down slowly. My friend came close watching us.

“It is all for the good. A theory says that if a bird hits on the head one could become a king,” he said. “Is that so?” I asked trying to control myself.

“Shall I take leave now?” I felt so relieved to hear that. He took a few steps but returned. “What is the matter?” I asked.

“I want to ask you something. I want one of those crow’s eggs for research.”

I was incensed. “Please believe me. I have nothing to do with that crow. You may do what you like; you don’t need my permission. Please don’t bother me,” I said a little sharply. He did not seem to object. Thanking me, he ran upstairs, as I stood on the balcony trying to pacify my son.

In a short while the tree branches began to shake as if in a stormy wind. My friend was swinging on a branch. About 50 crows were cawing loudly in fear. My friend was moving towards the nest with his dhoti tied up and a towel tied around his head. The mother crow’s anger was beyond control. It was flying back and forth and beating him again and again as if its wings would tear away. He too was relentless. Eyes closed tightly, biting his teeth, he was beating with a stick quickly in every conceivable direction. The crow cawed deep from its throat. Ravana and Jatayu would have felt ashamed if they could have seen this fight.

Finally Ravana was the victor in this battle also. The stick hit the crow’s stomach; bleeding profusely it spun down and fell to the ground helpless. The other crows began to peck it to death. Tears welled in my eyes to see my crow fighting for its life desperately.

My son, resting on my shoulder, repeated “kaka, kaka” (crow). My wife cursed the crow, “It deserves this, for what it did.”

Just then my friend came with a demonic smile, chanting repeatedly, “I’ve got it”. Sweat dripped from his forehead; his elbow and hand were bleeding. He held two big eggs, one of them broken.

A little head peeped out of the broken egg, making a feeble sound. My wife extended her hand to take the egg. “Let me see. Oh! I’m sure this is a baby cuckoo! I’ve seen many in our place,” she said.

What was it I saw on my friend’s face? Foolishness or embarrassment?

The above translation first appeared in The Hindu‘s- Magazine Section on Dec 11, 2005.

S. Vaidheeswaran is one of the major voices of modern Tamil poetry. He has also written numerous short stories in Tamil. He is a painter as well.