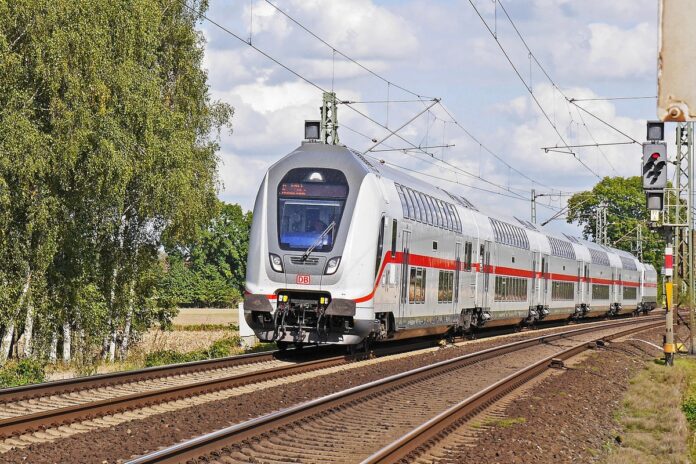 Last Thursday, I travelled to Bengaluru by the Double Decker Express train. Since I was late in making my travel booking, it was the only train on which I could secure a seat. I was travelling to Bengaluru after a gap of nearly six years to meet up with a relation who was not keeping well. He is 79 years old and lives at an area called Malleshwaram in Bengaluru. He is presently having difficulty in locomotion, whereas in his prime no one could keep pace with his speed. Me, I am not so good at walking.

The facilities on the Double Decker train were dreadful. I found it difficult to fit my six-foot frame into one of its narrow seats. They had crammed three such seats close together and if all the three were occupied, ‘uncomfortable’ would be a mild word to describe the situation. Especially for the person occupying the window seat. If he needed to visit the toilet urgently, he would need to depend on the co-operation of both the other two passengers.

The toilet was worse than the seating arrangements. Its condition was deplorable and you needed to possess a strong stomach to even consider using it. The Indian Railways, which charges an exorbitant fare for the train travel, does not think it worthwhile to spend even a portion of it towards upkeep of the toilets. Every time you use the “facilities” you need to offer up a prayer to God to spare you from any contagious disease.

Braving all these odds I landed up at Bengaluru. The climate there was superb and I felt it was worth all the trouble to escape Chennai’s heat and humidity.

My relative’s house was a warren of small rooms and Malleshwaram itself seemed to be a pleasant but busy place with imposing showrooms. It appeared that every big brand in Chennai had its representation at Malleshwaram. The very first day I walked along Malleshwaram’s streets I headed towards a large book store and bought “The Bible of Clay” for 50 rupees. It is by Spanish author Julia Navarro and I had long wanted to read it.

Besides, I am an avid collector of books, especially those being sold at sidewalk stalls at throwaway prices, where I am still able to bargain and haggle. Malleshwaram contained several such outlets.

When I returned home with the book, my relation asked me jokingly, “Did you come to visit me or to shop for books?”

“To visit you, of course. It’s been such a long time since I was here last,” I replied.

He was not in the habit of reading anything other than the daily newspaper. He would also occasionally watch TV. Because of his current illness, he only gives a cursory glance at the newspaper these days. He also struggles to eat properly as half the food drops off the spoon before he can get it to his mouth.

And to think, he used to be such an active person previously. He would go for long walks with absolutely no sign of tiredness. He did not even own a bicycle. He would also avoid auto-rickshaws wherever possible. He would only take the bus on occasions. I would find it difficult to walk around in Bengaluru because of its bumpy roads, full of ups and downs. Also, Bengaluru’s climate encouraged laziness whereas in Chennai, despite its sticky heat, time seemed to fly.

“Because he knows he is adopted, Vishnu behaves like this with us,” said the relative.

“This is his constant worry, apart from the fact that the boy does not seem interested in getting married,” added his wife.

Both the days I was there, the boy was late coming back from work. He would have his meal and start chatting with friends on his phone till

Apart from checking on the welfare of my relative, I thought perhaps I should give some advice to the boy regarding his marriage. But then, I thought to myself, “Who am I to advise him?” Apparently, the boy did not like any of the girls proposed by his foster parents. He was my sister-in-law’s third son and the two of them have raised him as their own. Everything was fine until he found out he was adopted. He had become incandescent with rage upon learning the truth. Some of the girls’ parents hadn’t helped matters exactly by wondering aloud why the boy’s parents were so much older. Was he born to them late in their life, they would ask. Unwilling to dissemble, the parents would reveal the fact that he was their adopted son

The wife adds piteously, “We have grown too old and he seems to hate our very sight. He keeps going off to the corner shop to sneak a smoke.”

I did not know how to console them. I was also surprised that adoption should produce such psychological issues.

Another day I called on two writer friends of mine who had moved to Bengaluru from Chennai. I was escorted to their home by another friend who was a resident of Bengaluru. I discovered that they had not changed a bit since I knew them. One of them was a critic and was in habit of tearing apart anyone he disliked. When I met him, he was talking caustically about an author I knew. Somehow I felt that they were both very lonely and unsettled still in Bengaluru. By the time I returned home to Malleshwaram after meeting them, it was quite late and a sense of disapproval was palpable in the household.

The husband and wife were too scared to discuss anything in the house while Vishnu was around, for fear it would lead to arguments and recriminations. Apparently, he was in the habit of smashing things in the house when he was in a rage. So great was their dread of the boy, it was pathetic.

I was to leave on Saturday afternoon by the same Double Decker Express. In the morning, I took a walk in a nearby park.

Vishnu was sleeping when I left for my walk. Despite the late hour, they did not dare awaken him. I returned home quite late after my walk, and Vishnu was nowhere to be seen. When I enquired, they told me he had gone off to a mall with his friends. I was surprised. He did not return till the afternoon.

I took my leave after telling my relation to take proper care of himself.

“I only hope he gets married before I pass away,” he said and I was saddened to hear the statement. I then proceeded to Bengaluru railway station and boarded the Double Decker Express for my return journey.

While I was in the train’s upper level coming in, my seat this time was on the lower deck. But there was no improvement in the seating arrangement – I was once again trapped with no easy access to the toilet.

Near me, or, to be exact, in the seat in front of me, was a young girl aged around 20. She was reading an English novel and appeared very stylish. Her attire, however, stunned me. She had on a micro mini skirt and an expensive-looking top. The first thought that struck me was she would make an ideal match for Vishnu. While I did not want to be caught staring, my eyes kept returning to her from time to time.

But mainly it was her dress, or the lack of it, that bothered me.

In this train, it was no easy matter to push open the door to the compartment. You needed to push it with all your strength when it would open with a loud, complaining screech. I found it quite a strain trying to force the door open, while its shrill shriek set my teeth on edge.

Throughout the journey, vendors of different sorts would pass through the compartment hawking their wares, and they would be constantly pushing the door open providing me with no respite from its harsh squealing sound.

I felt that my over-aged sight was lingering too long on the girl in the miniskirt. While I felt it was unbecoming on my part, I could not help being bothered by the sight of her elegant body. ‘Why was she travelling in such a costume?’ I wondered. She appeared younger than my daughter and, if the latter had appeared in such skimpy attire, I would certainly have made her go back and change. I could not help but think that one of the main reasons for today’s men losing self-control is the revealing clothes that modern girls sported.

To put an end to such thoughts I began leafing through the daily newspapers I had brought with me.

The girl in her micro mini skirt suddenly got up from her seat, went to the door and tried to open it. It was obviously tight and she tried forcing it open with all her strength, when something untoward happened. Her short skirt slid off her waist. At this she got flustered and, letting go of the door handle, she hurriedly re-adjusted it, looking around to see if anyone had noticed the ‘wardrobe malfunction’. In particular, she gave me a piercing glance.

(Note: The above story is from the collection Dad’s Favourite Newspaper published by Zero Degree Publishing) 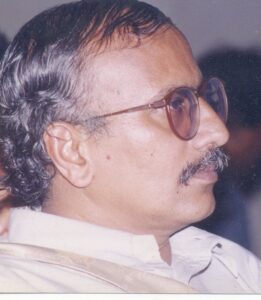 Azhagiyasinar is a noted modern Tamil poet/author. He has several poetry collections to his credit and has also authored numerous short stories and a few novels in Tamil. He is also the founding editor/publisher of the Tamil literary journal Navina Virutcham, which he has been steadfastly bringing out for the past more than 32 years.