“Why doesn’t he understand whichever way I try to tell him?”

“Why doesn’t Raghav pay any heed to this one wish of mine – however many times I express it?”

Not a day passed without her despairing that her life might well be over before her reasonable desire was fulfilled.

Immediately after their marriage, they began their life together hiring a flat in Thippasandra in Bangalore.

Though small in size, it was a very attractive and suitable apartment.

A small hall, a small bedroom, a small kitchen, and a small bathroom – it was a superbly chic apartment.

The balcony, in particular, was a place where you could stand after three in the evening when the sun had begun going down, and look at the people moving around and be happily unaware of the time that passed by.

There was an innate beauty and an inexplicable serenity about that place.

Ranjani herself had spoken in admiration of the place.

Merely standing with a cup of coffee in the balcony made them feel that the world was under their feet. It was the initial period in their married life after all…!

But even during times like that, Ranjani would begin her refrain.

“I say- as I was telling you even earlier. This house is definitely very nice.  There is no problem as such. … But I want a room all for myself….this house doesn’t have that.  That’s my only regret.”

Raghav felt dismayed – it was like the lights were suddenly put out.

“It’s just the two of us living in the house. Your mother only visits us occasionally. So why do you need a separate room? How am I supposed to look for a house with several rooms?   Who will pay the rent? Your father…?

As the conversation progressed, Raghav’s tone began getting harsher.

“Look… I just mentioned what I wanted.  Why is that making you so angry?”

“Would it not upset me?  When everything is going smoothly, if you strike a discordant note, won’t that hurt me?”

This was the way their heated argument would come to an abrupt end.

As far as Ranjani was concerned, wanting a room of her own seemed a very fair wish.

She could disregard the existence of the whole world.

In her room, she could close her eyes and wander within her dream world.

If she so felt she could take the phone receiver off the hook.

When she was in a mood, she could take out the old photo albums and savour flipping through them.

If she felt like dressing up she could take out and examine several sarees at leisure – she could try out several matching combinations at her own pace.

When combing her hair she could focus on herself and her head and be totally absorbed in the mirror.

Without any sense of rush…

Let the world outside wait – till she came out.

It was almost twenty years since they got married. She was also edging closer to fifty.  Her hairline was sprouting new silver strands, never mind how reluctant she was in accepting that!

Yet that wish – for a room of her own – was still not fulfilled.

They had changed three homes during this period. When Raghav was transferred to Chennai it was the third-floor rented apartment at Rajendra Prasad Street in Mambalam.  Then their first own flat in Ashok Nagar 18th Avenue that they had bought with their savings through their sweat and toil. Then the K.K.Nagar ground floor flat to be near the aged parents-in-law.

As far as Raghav was concerned, there was nothing lacking in this house too.

There were two large bedrooms. One was for Ranjani and Raghav. This room had a bureau, cot, etc. The other belonged to their beloved son Sudhir. Though he was studying in an engineering college in Coimbatore, this room contained his numerous stacks of books, a huge pile of his clothes, music system, computer, and his various other electronic gadgets… the cot and table that were for his use while he was home, etc. etc.

On the terrace of this K.K. Nagar flat, on a lovely pleasant evening, when Raghav and Ranjani were sharing some happy thoughts, and were on an especially exalted plane of understanding,  out of the blue Ranjani resumed her old lines on wanting a room of her own.

“Say anything – it is definitely a very big regret that I still don’t have a room of my own. Time has gone by and I am already fifty years old. Without that room definitely this life is a bore!”

Though it was an old refrain that Raghav was used to, Ranjani’s strange obsession was something beyond his comprehension.

“What comfort do you lack now my dear? Sudhir is away in Coimbatore and comes home only occasionally – once in a few months – that’s about it….For the rest of the days you can just treat that room as yours – don’t you think?”

“Whatever you may say, I don’t agree -.  As long as his things are there it is his room, how can it become mine? You go on repeating yourself…I think I am going to pass away without my wish fulfilled!”

Raghav who was patient so far was infuriated with those last words from Ranjani.

“Go away! No matter what you have you are not going to be contented.  You are a creature who is going to be miserable thinking of what you don’t have –  instead of being happy with what you have ….even god almighty can’t change you…I don’t know why I am even continuing to talk with you… just get lost!

He abruptly broke the conversation, put on his shirt, and stormed out.

Those were Raghav’s last words.

After having walked out in a huff, he returned home only on a stretcher, carried by four people.

They said it was a massive heart attack.

Could the end come so swiftly to someone who was so robust – talking and actively running around so much?

But it did, there was no escape from that.

Lots of people came and went away.

After the ten days’ ceremonies were all done, all the close relatives left, to resume their normal life – as if nothing had happened.

Finally, it was just Ranjani who was left alone.

Without Raghav, the room that belonged to both of them till yesterday had now become exclusively hers.

Not just the room – the entire house was just for her now.

Ranjani was at a loss on how to deal with this irony of life.

G. B. Chathurbhujan (Real Name: Baskar S Ayer) has written and published 5 books in Tamil – three of them are short story collections.  He is a man of many facets: Qualitative Market Researcher, Guest Faculty at M.B.A. Colleges, Advertising Model & Writer – in both Tamil and English.

Dr. Geetha Jayaram in the first half of her career was an academician, teaching and researching in Physics in Osmania University, Hyderabad. Subsequently her family relocated to Chennai and she moved in to Learning and Development arena in the IT sector. She is a singer trained in Classical Carnatic and Hindustani music. Light classical genre is something she is passionate about. As an author, she writes in both Tamil and English. 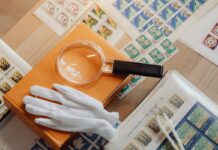