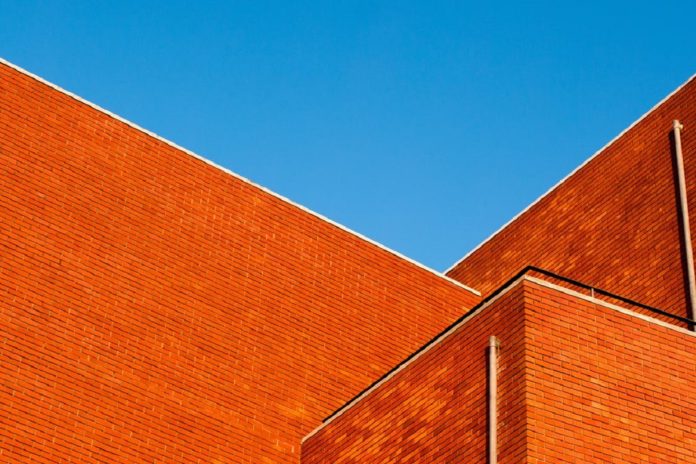 Yes, this is my house. The empty site in front belongs to me. The enclosed square, contiguous with the site is also part of it. One or two stray dogs in the street started at me as I walked along the street clad in my Delhi woollens. I need not have come at all ; but wisdom is not always common to everyone. The fixed gleam in the eyes of the dogs seemed to display the certain knowledge that I did not belong to the place. They had not decided that the stranger they saw deserved at least to be barked if not bitten. The deep growl in the throats did not develop into loud barking. Confident that there was little danger to my leg or to my dress, I continued my progress towards the house. Courage should make one forget the enemy; erase him from thought. Being courageous after setting up spies to assess the enemy’s strength and position is meaningless. Barking dogs do not bite. Does it mean that biting dogs do not bark ? This was my brand of courage. I continued to walk, looking back frequently. One of the dogs followed me for about ten feet; another fifteen feet, then burrowed into the earth in the middle of the street and lay down. We like our beds raised. For the dog it should be hollow. Can one say that ups and downs are the same ? Nevertheless my courage was confirmed.

The house was near.

Was the house near or had I neared the house? Is language always topsy turvy when there is meaning ? Perhaps concealment of meaning is high style. Or is it the sense of sound ? The house looked the same. In the space of fifteen years, it had not undergone changes as a girl’s form does; nor did it show decay like an old woman. The same old pial was there. The teacher was seated on the pial. I assumed he was a teacher from the presence of the boy in front of him – a deduction much of the same as looking for fire where there is smoke. I hesitated a little.

‘Whom are you looking for ?’

‘She is not either.’

Discerning my decision to leave the place, the teacher removed hi spectacles and placed them on the pial.

`Please have your seat. He will be back soon.’

I had only pretended to leave; I had no thought of leaving. I caught at the words of the teacher like a drowning man clutching at the proverbial straw and seated myself on the pial.

`Chinnaswaami, close the book. I will have a word with this gentleman.’

Chinnaswaami placed the open book face down- wards, snatched his playthings from the roof and ran out.

My eyes travelled to the spot from where the boy had removed his playthings. I saw 4 or five wasps’ nests looking like empty houses left by poor farmers going to work. Not one of them was closed. They looked like surplus houses built beyond normal needs.

`Excuse me. Do wasps lay eggs or do they bring forth their young like all of us ? ‘ `That is not a part of the syllabus. I under- stand your point. This Saami is rather lethargic. Like a buffalo. I should not say that perhaps. But the fact is, he is just that. He has no attachment for his home. He has no desire to be clean. Please come and have a look at my house. Perhaps you are too busy. It is just off the temple nearby. Of course, it is rented. Like a parrot cage. These wasps’ nests are there for the past three years. He is not answerable to anyone. It never occurs to him even in his dream that the house should be kept neat,bereft of cobwebs.’ `

It may not be that bad. I have heard that children are born only in houses where there are wasps’ nests.’

`I do not know about that.’ `The syllabus may not contain these things. Nests built of mud are said to result in the birth of girls.Nests of wax are supposed to bring boys’

`Quite possible. There should be a limit to everything. This man has already three nests of mud. The boy taking lessons from the wax is the eldest. Should he not keep the house atleast from now on ? ‘

I stared at him pointlessly,wondering whether the teacher was a family planning propagandist. The neighbour entered the empty site in front of the enclosed square. He drew strand of straw from the haystack there and left with them.

`That is what I was saying. Pennywise and pound foolish. I wanted five rupees; I had no other go. So I accepted the fees for the tuition. He has lost the site.’

I was suddenly enraged. I smashed all the wasps’ nests on the rafter. Were there young ones in the nests ?

Does the gadfly show mercy to the cow ? Does the earthquake show mercy to anyone ? Mercy is a trick played by the loser to win. The nests lay scattered like houses smashed by an earthquake.

The teacher stared at me in horror.

`What is the name of that neighbour ?’

`Yes, that is his name. That is the name found on all letters addressed to him.’

`So, you are in the habit of looking at letters addressed to others ?’

I commented and left the pial. I hastened to Samisa’s house.

From Samisa’s threshold one can see the courtyard in the centre. Samisa was feeding the cow with hay. I kept on looking at him, at the cow and at the courtyard without uttering a word. It lasted for an eternity. Neither the cow nor the courtyard was visible.

The voice nudged me into wakefulness.

I asked, meaning to say that I had come to see the opposite house.

He inclined his head slightly as he replied. The hair on his head bristled like that on the neck of a fighting cock.

`Who are you to ask? None of your business.’

He shouted and was about to chuck me out. One altercation brought other neighbours who intervened before words turned into action. I was boiling with rage. A weakling has no control over whether it is, house, land, wife, or money. Discretion should not be limited to the disbursement of charity alone. My anger was about to explode. Just then, someone thrust his head inside the crowd. Looking at me, in tears, in the midst of the rumpus, was Saami. I looked back at him – in silence.

`When did you come? Why did you get into trouble with him, of all the people?’

I did not speak.

`Who is this fellow in the woolens? He claims he owns the house. If he does what about you ?’

Saami did not reply to him.

`Come with me please’ he said and took me away. In fact he dragged me away. On the pial the teacher was continuing his lesson to the boy.

`Mr. Teacher, what did you tell this gentleman?’

`I told him you had gone out.’

`I bought this house from him.’ I exploded at last.

`You do not deserve this house. It is like marrying a girl to a eunuch.’

`You can take back the house. Have you come for that ?’

I was floored. I did not have the means.

`He was sitting at the pial when he saw the wasps’ nests. He smashed them. He saw the empty site in front. He picked up a quarrel with the neighbour. I told him that Samisa misbehaved.’ the teacher explained.

`I am just coming from the lawyer’s after issuing notice to him.’

`Notice, rubbish. You should burn his house and haystack.’

`Those who cannot afford all that should depend on law.’

`Forget at all that. Let us have a talk in my house in peace.’

`I have no heart to sit in that house . It was built by my grandfather through bricks purchased when they were cheap. The site in front was acquired by my grand mother by selling buttermilk and cowdung cakes.’

`All right. You can sit on the pial. Why do you keep standing ? ‘

`Even a dog will not sit on your pial with people like you who have no shame and self-respect.’

He did not get angry.

`I am ready to give you back the house even if you pay half the amount. You can pay the balance later. I am pained to see you suffering on my account.’

Only then I realised my going off the rails. It was ten years since I had sold the house. I had taken roots in Delhi. A nostalgic desire to see the old house had brought me back. And now there was anger and chagrin at not being able to fulfil the desire.

“Serve you right. You would not listen when I told you there was no need to go to this village at all.” I chided my mind.

`I will get the money presently’.

I said and turned towards the railway station. Each man thinks the other fellow is a fool. But…..

The above translated story is from the collection “Tamil Short Stories” compiled/edited by Ka.Naa.Subramanyam. The name of the translator is not readily available, but most probably was done by Ka.Naa. Subramanyam himself.

Na.Pichamurthy is the  father of free verse (pudu kavithai) in Tamil, whose 127 short stories establish him as a pioneer in the genre, with a novel or two, 11 plays, and much non-fiction to his credit; he chose to be reclusive, a writer’s writer rather than a man for all tastes. Belonging to a family of Dhikshitars in Thiruvaiyaru – composer Thyagaraja was his grandfather’s neighbour and friend, and his linguist father composed songs and performed harikatha – Pichamurthy studied philosophy and law. He worked as a pleader in his birthplace Kumbakonam. His early fascination for nature and literature, influenced by the nationalist and reformist zeitgeist, was soon to find an outlet in creative writing, briefly in English, before turning to his mother tongue. Believing that, with religion losing its hold and science turning destructive, only the arts could save mankind, Pichamurthy wrote with passion, hoping to equal the achievements of a Walt Whitman or a Hardy. His experiments with structure in both prose and poetry, made him achieve a taut subtlety, moving from the sensuous to the spiritual.