The magical word Sangam conjures up the golden age of Tamil literature, that lost paradise of Dravidian culture. It calls to mind the myth of the three successive literary academies (the word “sangam” means “academy”) of a fabulous era. The first and second academies were swallowed up in deluges comparable to the end of the world; only the third was rescued from oblivion.

This third Sangam corresponds to historical reality. Medieval commentators, followed in turn by nineteenth- and twentieth-century scholars, have preserved the essence of this unique series of anthologies, written in the oldest of all the modern languages of India, which most likely date back to the first centuries of the Christian era. The Sangam is unquestionably one of the high points in world literature.

Little is known of the more than 450 authors, except that they came from all classes of society, the sole criterion by which they were judged being the recognition of their talent by their peers. These court poets sang the exploits of princes and warriors or the sorrows of a nation at war. Kings honoured them and they felt a keen sense of their own dignity. On one occasion, the bard Mucikkiranar fell asleep in the palace near the place reserved for the royal drum, a sacrilege punishable by death. Discovering him in this invidious situation, the king, rather than taking harsh measures against him, picked up a fan and cooled his sleep, thus rendering homage to his genius.

In this exemplary anecdote the magical origins and totemic aspects of royalty are seen in their relation to the sacred function of the poet and the cathartic role of the drummers (Pariahs). It should be added that contemporary Tamil humour declares Mucikkiranar to have been the first Indian civil servant to fall asleep on the job! Yet if today’s poets are ironical, those of the Sangam were the ambassadors of kings on conciliatory missions (like Auvaiyar ) and tutors to the royal heirs (like Kapilar). Their praise had to be merited and could not be bought; their contempt or curse was degrading, for they were men who exchanged gifts with kings.

Among themselves, Tamil poets were far more than a brotherhood of starving bards who exchanged addresses of generous patrons. Rather they formed a sort of academy, as indicated by the word “Sangam.” The legend of the Sangams was to be written later, but the historical reality is somewhat elusive, save what can be gleaned from the texts, from the stylized mannerism of refined classicism, the academism of a lost academy. Its code, however, is well known to us. The Tolkappiyam, both a grammar and a richly commentated treatise on rhetoric, serves as a linguistic reference book for this entire period, which spanned several centuries at the beginning of the Christian era.

At first reading, this poetry – brief and varied, violent and outspoken, and at times excessively romantic – seems to speak to all mankind in the language of the senses and the passions. The wisdom it preaches is a very humanistic, hedonistic stoicism, with, quite exceptionally for India, very few religious references. Yet these poems, presented in strictly ordered anthologies, have an inner discipline; words and images are never arbitrarily employed. A system of conventions and figures of speech imbues even the least significant of notions with underlying meanings and harmonies.

The anthologies lend themselves admirably to modern linguistic analysis, for they constitute a meta language within which the universe is perfectly structured. Some poems are concerned with the world of the sense, with all that is tangible and external (puram), dealing with civic or war-time exploits–the seizure or recovery of cattle, preparations for war (a place of safety had to be found for the cattle, women, children, the elderly and the priests), sieges, battles, triumph and disarray, victory and defeat. Others speak of the feelings and more abstract relationships of the heart, the anonymous and the internal (agam).

Every situation is described using themes in which the time, the place and the floral symbols of each episode are codified. The inner universe is divided into five geographical landscapes – mountains, forest, cropland, seashore and wasteland – used as symbols to imply a socio-economic order, occupations and behaviour patterns which, in turn, are symbolized by specific flora and fauna. Details of secondary aspects are just as rigidly codified–the seasons, the hour a god, musical instruments and, above all, the sentimental connotations of each landscape: lovers’ meetings, patient waiting, lovers’ quarrels, separation, and the anxiously awaited return.

The mountain is the scene of the lovers’ union at midnight. It is the cold, dewy season. The forest is rich with lakes, waterfalls, teak, bamboo and sandalwood. In this region millet grows and wild bees are a source of honey.

Love in this setting is exemplified by Murugan, that most Tamil of gods, and one of his wives, Valli, the daughter of mountaineers. He wears the sparkling red kantal flower and rides a peacock, the bird of the mountains. The name of the region, kurinci, is also the name of a famous flower from the lofty hills of Tamil country. In this same region grows the strobilanth, a shrub whose brilliant white flowers blossom for only a few days once every ten or twelve years, blanketing the slopes in radiant whiteness under the sun. This event of jubilation and purity symbolizes the frenzy of a sudden love shared, in concert with the unleashed forces of nature: the amorous dance of peacocks, their echoing cries, the splash of waterfalls, the roar of savage beasts.

The lovers hold each other tighter still and forget the dangers of the mountain path. This region is dearest to the hearts of the Tamil people and, according to legend, the great poet Kapilar wrote the Song of Kurinci as an example for an Aryan king of a typical Tamil love poem.

The theme of wasteland and separation occupies half of one of the most famous anthologies, the theme of the mountain being only secondary. The theme of the forest and of shepherds at play, the image of confident waiting for the loved one, produced an original offshoot; for this is the region of Vishnu, and the love theme it represents symbolizes the devotee waiting in the hope that Vishnu, as Krishna, will eventually come and fill his soul, thus experiencing the joys of expectation.

The plains were the scene of triangular love plots in which the hero’s visits to the courtesan oblige the heroine to counter with a mixed show of coquetry and moodiness, tactics whose limits are described in the Kural (“Sulking is like flavouring with salt; a little suffices, but it is easy to go too far.”). Sangam poets offer countless examples of this:

The man of the village by the ponds
where the carp seize the ripe fruit of the
mango trees that line the fields.
In our land he is high and mighty; but in
theirs…
When arms and legs are raised, he raises
his
Like a puppet, a reflection in a mirror,
He does all he is asked, for the mother of
his son.

The courtesan, jealous of the wife, is speaking here. The landscape is defined by the designation of the hero (a fellow from the village), the mention of a creature (the carp), the tree (the mango), the water-filled scenery (the pond), the season (that of ripened mangoes and sultry heat, a secondary characteristic and sign of separation). The situation implies that the courtesan wishes to be heard by the heroine’s confidante. Through the image of of the opening lines she indicates that the hero has fallen freely for her wiles and that to win him she did not have to infringe upon his home ground; he is a hero of little substance, it would seem, in a situation dominated by women.

Although interpretation and the deciphering of the conventions of these texts can at times seem tiresome, the last landscape, the seashore, affords many examples of the compelling charm of Sangam poetry and the extraordinary freshness of its realism. From behind the conventional symbolization of waiting there emerges a picture of the life of the fisher folk; the nets and boats drawn up on the beach, scuttling crabs and cart wheels bogged down in the sand, the odour of drying fish, cut into thick slices, which attracts the birds, beautiful village girls peering through the pandanus hedges, and the wind blowing through the cracks in the roughly constructed straw huts at night.

Acknowledgement: The article originally appeared in The Unesco Courier, Mar 1984.

Francois Gros was director of studies at the Ecole Pratique des. Hautes Etudes and  director of the Ecole Française d’Extrême Orient, Paris. A specialist in Dravidian history and literature, he was awarded the Prix Saintour in 1969 for his translation into French of  Paripatal, an anthology of ancient Sangam texts. 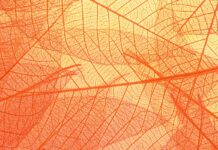