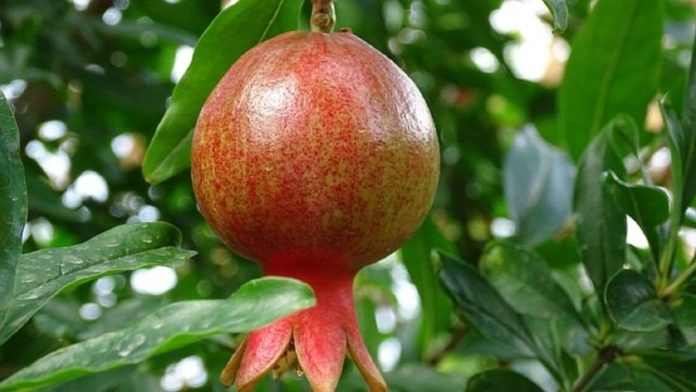 When I asked Dinakari ”shall we buy from this shop?” she was busy picking up the flowers of  a vaagai  tree from the ground and keeping them all in her palms. Those flowers, with their red fluffy heads and tall pedicel reminded me of the Thrissur Pooram Festival, where from atop the elephants, on both sides, traditional long handled fans made out of deer hair that resemble the flowers’ structure are used.  She nodded in agreement to my question, leaning on my vehicle that I had parked under that huge vaagai tree and it appeared as if she had not even taken a look at the shop.

It is a railway crossing. The gates are locked to allow the train to pass by. It is pleasing to wait and enjoy some ten, thirty vehicles like cars, autos and the like, forming a chain link. This midday hot sun has not affected that man who is filling air to his Pulsar bike’s back wheel , and also talking nicely with the bearded vendor selling raagi porridge and watermelon pieces. The place smells as if some siddha dispensary is nearby but only the tree is seen.

An auto repairing workshop nearby played cine songs of my favourite music director. Dinakari was rotating the flowers in her hands and jocularly said” Papa, the next song number will be most likely ‘raasaave unnai nambi’ and came near to me amidst the sound of approaching ‘Tiruchendur Passenger train. Instantly she said “Papa, the sound of the train is so delightful”. I wondered how this sound is liked by one and all. Just like she has said, I have told my mother as a boy that the sound of train was great. When that sound lingers in my ears the fragrant Thaazham Poo (screw pine flower) worn by my mother in her plaits filled my nose .The thoughts bring with them their fragrance afresh and smell beautifully.

Yet, this smell is not of “Thaazham Poo” but of the nearby fruit shop. No, you shouldn’t call it a fruit shop but a garden of ripened fruits that made their journey direct to the shop. These Fruit Garden Shops are seen  everywhere after every ten feet,  with cool blue lights garlanding them; it  appeared as if these fleshy fruits just separated from their pedicels and came straight to  these baskets.

While starting from home itself, Dinakari had categorically said “No apples, please”. Her mother told her when leaving the home ”Dear, you are going to meet your pregnant friend; get some good pomegranates for her; don’t buy cakes, chocolates etc; your dad will always say ‘yes’ to what all you say” . Dinakari responded to her mother  ”yesmaa” and smiled at me. Really I wonder how women keep the balance neither crumbling the plates nor distorting the needle-pointer.

I too wanted to buy pomegranates. Nowadays the vendor gently cuts the fruits into eight parts and displays them as though opening the petals of flowers .It appeared as if these fruits have lips and pulps. Who taught the seeds of pomegranate, cucumber to present them in that seasoned orderly and lovely way? Does Dinakari feel the same way?

I wished she asks me “ Papa, who taught them?”

I was holding the opened pomegranate. I swirled it slowly in rhythmic pattern like the thousand lamp holder getting rotated in a Kerala Temple for laying and litting those thousand threads.  I didn’t notice that Dinakari is not nearby but asked  ”so lovely, isn’t it?”

“Yes sir, pretty good indeed !” came reply from a smiling person standing nearby. Not sure if it was a kind of herbal oil applied to his grey hair, but a distinct smell like that of a special kind of sacred ash used in temple rituals emanated from him. His dense beard formed two orderly lines on his cheeks; his chiselled nose looked so beautiful when viewed from the side and I have not seen such an attractive nose on a side vision in the recent past. It reminded me of Botany professor Thompson of my college days. I could even hear the sound of the trembling fish-hunter passing out through the right window of the exam hall. The gently cut fruit in my hand reminded me of my thoughts jumping from one to another enveloping the then surroundings with sounds so intertwined with such happenings.

I was looking for Dinakari. She looked like a bird pricking gently at the lentils. She tasted grapes- blue and green, jamun, plum etc. Probably the shop owners also admired her as though she was a small bird pecking at grains and they didn’t object to her tasting samples of different fruits. If at all they want to say something, they ask her ”Oh, little girl, is it good?” or they smile at her affectionately.

Dinakari picked up a strawberry fruit packet and showed it to me from there. The shop keeper carefully avoided the local dialect and said “imported” to enhance its value. I call her back here.

The bearded man who was standing nearby suggested for buying pomegranates and selected them fondly touching the outer skin of the fruits with his inner wet palms saying “I could see the squirrel’s nails here”.  He even tested the fruits with looped nail tips as we generally do while buying coconuts and even set aside disapproved ones. He laughed gladly when the fruit slid inside the basket. His smile and laugh was contagious. I took in hand those pomegranates selected by him.

Guava fruits were seen in his bag. They must be from Krishnan Kovil. The fruits looked unique, uniform with much appreciable textures. When he possesses expertise in selecting one type of fruits, one can trust his selection of other varieties as well. You can also very well ask if the expertise could be so overwhelming. A small girl, with the shadow of umbrella covering up to her shoulders, was holding her dad’s veshti  and looked at both, her dad and me.

What  wide eyes she has! It appears that widened eyes hold tears and laughter equally. An effortless beauty comes automatically if viewed with such broad eyes. She saw us both; sheepishly downed her eyes and smiled. She swirled the umbrella as if to shed the blue and orange bubbles hidden inside the Umbrella’s hold. Then again she looked at her father.

Dinakari must have been seeing all the three of us for a while. She stroked me at my back very gently and touched harshly my shoulder.

I simply asked her “want to buy strawberry?”

She dragged me away with a hissing voice. I just moved away from him pretending as if I left the key of the Bike there itself and to check if that was still there.

In a husky tone she asked me ”Papa, do you know who he is?”

“Who?” I just looked at the three men in the shops wearing spotless, wrinkleless ‘Minister White’ branded shirts as commonly worn now a days. Is there any condition that Ministers should not own fruit shops?

Dinakari was cool and composed as picking up mimosa flowers. She looked at me with a gesture of smelling a forest fruit! How saintly it was!

”I mean the man who selected pomegranates for you “

How can I help not looking at his direction?

”Good heavens Papa, don’t look instantly” she grinded her teeth while admonishing me.

I failed to get her. If I don’t have to see him, where shall I have to look? Someone had spitted black sapotta seeds on the ground and they were glittering.

“Papa, he is the man who tried to snatch the chain from the neck of the first year college student in the bus going to our college. He was caught red handed and beaten nicely.I remember that nose very well which profusely bleeded; he tried drying it with his shirt” Dinakari was narrating and I was listening and simultaneously looking at him also.

The bleeding face didn’t come to my mind at all. He appeared to me only as a person standing nearby helping me voluntarily in selecting fruits.

I moved towards the man and his small daughter. I wished to see his face again closer. The side view of his nose is splendid, no?  He could pick up good guava fruits too, no? That girl with enchanting beautiful eyes is his daughter, no? I was deep in these thoughts and one of pomegranates held in my hand slipped to the ground and found its own velocity. It appeared to me as if each and every fruits has different sets of rules while falling down and gaining momentum!

The little girl tightly held the umbrella to her neck and picked up the fallen fruit and gave it to me with a beautiful smile. The compassionate face of the child resembled that of another pomegranate. Just as she smiled at me, I smiled at the man. He revered the same as a gift. He affectionately brought the child’s head nearer his body with his left hand. He fondly touched and caressed her cheeks; the girl’s lips curved and blossomed like that of a little sparrow.

I wished the fruit should slip one more time, the girl with a glowing smile should pick it up and give back to me  and her daddy should affectionately caress her checks and the girl should once again open her mouth like that of a little sparrow. I wished that lovable moment again and again. No dad’s hand can caress his daughter’s cheeks better than this!

I told him “Please select two or three fruits like this” and smiled at him. Like him I also pulled his daughter nearer to me and cuddled her.

Dinakari didn’t say anything and stood silently by my side. It is long since I held her hands in mine. Now I took her hands. I patted her gently saying, “He has come for buying guava and we, pomegranate. That is all”

Her fingers shacked gently in my hands; it remained so for some time and forcefully held mine.

“Yes. That is all, Papa” saying so she leaned on me like a flower.

A strand of hair was falling again and again on the face of the little girl and she kept the umbrella behind her back and looked at us. Dinakari went to the child, eased the hair falling on her face, looked at the girl’s dad and said “both the eyes look beautiful”.

(Note: The above is the translation of the original Tamil short story கனியான பின்னும் நுனியில் பூ, available at the link: https://www.vikatan.com/anandavikatan/2013-apr-17/stories/31439.html)

About the author & translator:

Vannadasan, aka Kalyanji is a well known Tamil writer from India. His original name is  Siva Kalyana Sundaram and was born in Tirunelveli in 1946, where he currently resides. He writes short stories and non fiction articles under the pseudonym Vannadasan and poems under the name Kalyanji. He won the Sahitya Akademi Award for Tamil in 2016 for his short story collection Oru Siru Isai. He is also a recipient of Vishnupuram Literary Award (2016).

N.Banumathy from Chennai, India, is an avid fan of Tamil modern literature, has authored many short stories and also has great interest in translating Tamil literary works.