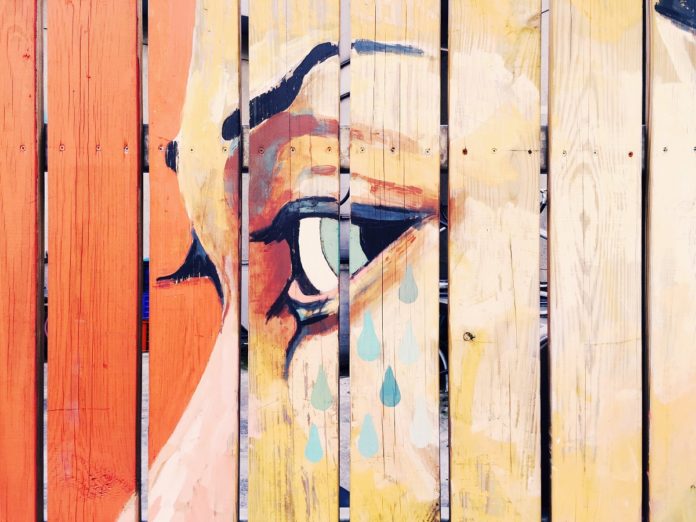 Silappadhikaram, the story of Jewelled Anklets, is rooted in the ordinary lives of the early Tamils of the Pandyan Kingdom in the first century A.D. and is regarded by many as the national epic of the Tamil people.

Professor A.L. Basham writing in ‘The Wonder that was India‘ comments that the tale has  ”a grim force and splendour unparalled elsewhere in Indian literature – it is imbued with both the ferocity of the early Tamils and their stern respect for justice, and incidentally, it throws light on early Tamil political ideas.”

The following is taken from the excellent translation by Professor A.L. Basham:

”Kovalan, the son of a wealthy merchant in Kavirippattinam, married Kannagi, the lovely daughter of another merchant. For some time they lived together happily, until, at a festival at the royal court, Kovalan met the dancer Madavi and fell in love with her. He bought her favours and in his infatuation forgot Kannagi and his home.

Gradually he spent all his wealth on the dancer. At last he was penniless, and returned repentantly to his uncomplaining wife. Their only fortune was a precious pair of anklets, which she gave to him willingly. With these as their capital they decided to go to the great city of Madurai, where Kovalan hoped to recoup his fortunes by trade.”

“On their arrival at Madurai they found shelter in a cottage, and Kovalan went to the market to sell one of Kannagi’s anklets. But the queen of Nedunjeliyan, king of the Pandyas, had just been robbed of a similar anklet by a wicked court jeweller.

The jeweller happened to see Kovalan with Kannagi’s anklet, and immediately seized it and informed the King. Guards were sent to apprehend Kovalan, who was then killed on the King’s orders. When the news was brought to Kannagi , she went out into the town, with her eyes ablaze with anger, carrying the remaining anklet in her hand as proof of her husband’s innocence.”

“At last the patron goddess of the city interceded with Kannagi, and she agreed to withdraw her curse, and the fire abated. Weak with loss of blood from her self-amputated breast, Kannagi struggled to a hill outside the city, where after a few days she died, and was reunited with Kovalan in Heaven. Meanwhile the news of her death spread throughout the Tamil Land. She was deified, temples were raised and festivals held in her honour, and she became the patron goddess of wifely loyalty and chastity.”

Chaste women of Madurai, listen to me!
Today my sorrows cannot be matched.
Things which should never have happened have befallen me.
How can I bear this injustice?’…

‘All the folk of the rich city of Madurai
saw her, and were moved by her grief and affliction.
In wonder and sorrow they cried:
‘Wrong that cannot be undone has been done to this lady!
“‘Our King’s straight sceptre is bent!
What can this mean?

Lost is the glory of the King Over Kings,
the Lord of the Umbrella and Spear!”
“‘A new and a mighty goddess
has come before us,
in her hand a golden anklet!
What can this mean?

“‘This woman afflicted and weeping
from her lovely dark-stained eyes
is as though filled with godhead!
What can this mean?’

“Thus, raising loud accusing voices,
the people of Madurai befriended and comforted her,
and among the tumultuous throng
some showed her her husband’s body
“She, the golden vine, beheld him,
but her he could not see. …

“Then the red-rayed sun folded his fiery arms
and hid behind the great mountain,
and the wide world
was veiled in darkness.
“But he saw not the agony of her grief
as she mourned in sorrow and wrath. …

“Lamenting thus she clasped her husband’s breast,
and it seemed that he rose to his feet and said,
‘The full-moon of your face has faded,’
and he stroked her face with his hands.

She fell to the ground, sobbing and crying,
and clasped her Lord’s feet with her bangled hands;
and he left behind his human form
and went, surrounded by the gods.

‘I will not join my lord
till my great wrath is appeased!
I will see the cruel King,
and ask for his explanation!’
“And she stood on her feet,
her large eyes full of tears,
and, wiping her eyes,
she went to the gate of the palace.”

‘Then came a cry from the gate:
‘Ho, Gatekeeper! Ho, Gatekeeper!
Ho, Gatekeeper of the King who has lost wisdom,
whose evil heart has swerved from justice!!
Tell the King that a woman with an anklet,
an anklet from a pair of tinkling anklets,
a woman who has lost her husband,
is waiting at the gate.’

“And the gatekeeper went to the King and said:
‘A woman waits at the gate.
She is not Korravai, goddess of victory,
with triumphant spear in her hand. …
Filled with anger, boiling with rage,
a woman who has lost her husband,
an anklet of gold in her hand,
is waiting at the gate.’ ”

Kannagi was then admitted to the King’s presence.

‘Cruel King, this I must say. …
‘My Lord Kovalan came
to Madurai to earn wealth,
and today you have slain him
as he sold my anklet.’
‘Lady,’ said the King,
‘it is kingly justice
to put to death
an arrant thief.”‘

Then Kannagi showed her anklet to the King.
On comparing it very carefully with the remaining anklet of the pair
belonging to the Queen, he realised that Kovalan had been innocent.

When he saw it the parasol fell from his head
and the sceptre trembled in his hand.
“‘I am no king,’ he said,
‘who have heeded the words of the goldsmith.

“‘I am the thief. For the first time
I have failed to protect my people.
Now may I die!’
[And he fell to the ground, dead.]

Kannagi said to the Queen:

“‘If I have always been true to my husband
I will not suffer this city to flourish,
but I will destroy it as the King is destroyed!
Soon you will see that my words are true!’

“And with these words she left the palace,
and cried out through the city, ‘ Men and women
of great Madurai of the four temples,
listen! Listen you gods in heaven!

“‘Listen to me, you holy sages!
I curse the capital of the King
who so cruelly wronged
my beloved lord!’

With her own hand she tore the left breast from her body.
Thrice she surveyed the city of Madurai,
calling her curse in bitter agony.
Then she flung her fair breast on the scented street. …

“And the burning mouth of the Sire-god opened
as the gods who guarded the city closed their doors.
“The high priest, the astrologer and the judges,
the treasurer and the learned councillors,
the palace servants and the maids,
stood silent and still as painted pictures.

“The elephant-riders and horsemen,
the charioteers and the foot-soldiers
with their terrible swords, all fled from the fire
which raged at the gate of the royal palace. …

“In the street of the singing girls
where so often the tabor had sounded
with the sweet gentle flute and the tremulous harp .
the dancers, whose halls were destroyed, cried out:
Whence comes this woman! Whose daughter is she?
A single woman, who has lost her husband,
has conquered the evil King with her anklet,
and has destroyed our city with fire!'”